Aisha Tyler chats about her role in ‘Archer’

Aisha Tyler chats about her role in ‘Archer’
By Michael Aaron Gallagher of StayFamous.Net

In her new role, as Lana Kane on the FX original series “ARCHER” (airing Thursdays at 10 p.m.), actress Aisha Tyler is testing the boundaries of comedy on television and challenging herself to deliver the best possible lines, in the funniest possible way. 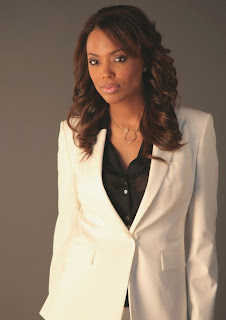 “I love that the show is edgy and that it’s pushing the limits of what could be done comedically on TV,” Tyler told me. “I love also that it’s not just the hot people that get laid. The really unattractive people get laid too, because that’s real life. You see a Bond movie, only sexy people have sex, and then the ugly people get pushed out the back of a speedboat, but on our show, everybody gets a little bit, and I think that’s nice. That’s what I want people to take away. Everybody deserves love.”

Aisha Tyler, who is known for her guest starring roles on “CSI: Crime Scene Investigation,” “Friends” (as Joey’s girlfriend) and as Andrea Moreno on “Ghost Whisperer,” enjoys the process of crafting her character. Surprisingly, much of Tyler’s comedic genius comes from her own spontaneity in the recording studio and her background in stand-up comedy. Unlike a live-action role, creator Adam Reed gives her the freedom to change the script and ad lib.

“One nice thing about doing animation is you get to go in and do the line over and over again until you say it the funniest possible way you think you can,” Tyler said. And if there’s one thing she wants you to know, it’s that “Archer is the funniest … show on TV.”

“ARCHER” airs Thursdays at 10 p.m. on FX. For more information, visit www.fxnetworks.com/shows/originals/archer. You can also follow Aisha Tyler on Twitter at www.twitter.com/aishatyler and visit her official Web site at http://www.aishatyler.com/. Click here to buy