Timothy Olyphant has a blast on ‘Justified’ (Exclusive Interview)

Timothy Olyphant has a blast on ‘Justified’
Interview by Michael Aaron Gallagher of StayFamous.Net

The first season of “Justified

As the second season continues, actor Timothy Olyphant, who plays Deputy US Marshall Raylan Givens, recently talked about the scenes that stand out in his mind.

Michael Aaron Gallagher: “There are moments in the show that are unlike anything else you see on TV, whether it’s a grenade launcher blowing up a building, or the question of whether or not there was a bullet in Raylan’s gun when he points it at Boyd [Crowder]. What are some of the moments when you said this is great television?”

Timothy Olyphant: “I’m not a huge fan of every episode, but there’s not an episode that goes by without me finding – there’s something – there’s always something and I’m like, ‘That’s just – that’s good drama, you know, it’s good storytelling.’”

“It’s Art telling me I should get an Uzi and it’s walking into Mags’ store and asking her, ‘How’s business.’ You know for me, from an acting standpoint, it’s fun to be in a scene where me asking Mags, ‘How’s business,’ is both so conversational, small talk, and yet feels so loaded.”

“And I think that’s part of the brilliance of Elmore Leonard, and it’s very difficult to kind of replicate week after week. And I think our writers just do a fantastic job… it seems like small talk. It seems like he’s just kind of meandering, but really everything is kind of like a bullet, you know, headed towards… something very specific. And those moments are a blast, you know?” 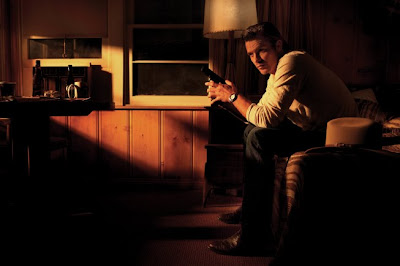 ” is produced by SONY Pictures Television and FX Productions and airs at 10 p.m. Wednesdays on FX. Click here to buy