As one of television’s most addictive teen dramas, it seems fans simply can’t get enough of ABC Family’s “Pretty Little Liars.” The series, which was created by Marlene King and based on the popular novels by Sara Shepard, stars Lucy Hale, Troian Bellisario, Ashley Benson, and Shay Mitchell. In a world where the truth is not always easy to find, the girls try to unravel the mystery behind the death of their friend Alison (played by Sasha Pieterse).

Keegan, whose parents are both involved in the arts, studied video production and editing in high school. But by the end of high school he had found his true calling, to be in front of the camera. For nearly seven years, he pursued his dream, going to acting classes atvarious acting schools, before eventually auditioning for the role of Toby on “Pretty Little Liars.”

“I skateboarded over to the audition, wearing a beanie,” Allen said. “And I just really connected with the character… and the rest is history.”

I recently had the chance to talk to Keegan about his character. From his supportive fans, to some of his favorite moments on set with the other cast members, he shares more about why “Pretty Little Liars” is such a popular show.

Watch Keegan’s Message to Fans:
Michael Aaron Gallagher: “For people who aren’t familiar with the show, how would you describe your character and why is he such a mystery?”

Keegan Allen: “He’s just a brooding character. He’s wrongfully accused, and he’s not vindictive. He has not one really bad bone in his body. He’s always been accused of these really terrible things. He’s been abused by his step-sister for years… It’s funny because he’s the only character in the entire series that has never lied up until this point. He’s the only one that’s been the most truthful. You know you can count on him. But he takes the blame for a lot of things, and because of that, because of how he’s such a nice kid, and everybody puts him down, he’s just become very quiet and bottled up.”

Michael Aaron Gallagher:“This is the kind of role than can really help launch your career as an actor. How has being on the show changed your life?”

Keegan Allen: “It’s changed my life in ways that I’m actually really happy with and content with. It hasn’t been too crazy. Obviously, now people will recognize Toby walking around. It’s really good because these kids that watch this show… they’re good kids. They’re not like weird or crazy, or out of control. They’re really good souls, and they’re really fun.”
Michael Aaron Gallagher: “How do the fans of the show respond to you when they meet you for the first time?”

Keegan Allen:“They’re all really nice, and they’re all really surprised that I’m nothing like my character and I’m like this chill, California dude that skateboards…. Every so often I get to meet fans of the show and they voice their opinions and their approval on certain things and it’s cool to talk with them and get their ideas and then go and share them with the writers. The writers take every piece of advice from the fans, because the show is really driven by the fanbase, and by the book series by Sara Shepard. So it’s cool to collaborate with fans.”

Michael Aaron Gallagher: “What do you like most about ‘Pretty Little Liars?’” 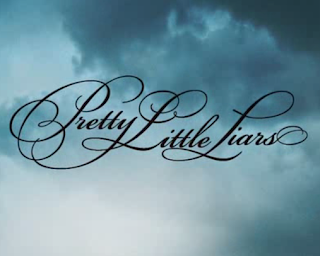 Keegan Allen: ‘I started reading the books when I got the part…. I read eight books in not even two weeks. I was completely hooked on the book series. So seeing where they took it using the books, kind of as a guide, but then taking it and making it their own – they’ve made it like this roller coaster every week, where you think you know who A is, you think you know who Alison’s killer is and then you’re wrong. And it’s like the best and worst feeling. So you’re immediately hooked and you need to know, because nobody likes to be wrong… I know what’s going to happen, and I still watch the show every week with friends and family… I even get sucked into it too. It’s definitely very addicting.”
Michael Aaron Gallagher: “On your Twitter bio it says, ‘Character is destiny.’ What does that mean to you?”

Produced by Alloy Entertainment in Association with Warner Horizon Television, “Pretty Little Liars” is renewed for a second season on ABC Family. According to Keegan Allen, the series is filmed on the RED, a state-of-the-art camera that provides the show with a cinematic look and feel, something that helps enhance the drama and mystery in each episode.

“We have a great director of photography, Dana Gonzales,” Allen said. “The developers, Marlene King and Oliver Goldstick, they’re always very much present during the creative process.”

Want to know some of Keegan’s favorite behind-the-scenes moments so far? Here’s what he had to say about working with a few of his fellow cast and crew on “Pretty Little Liars.”

Making Music with Troian Bellisario:
“We found a room on set that had all these musical instruments in it, so many musical instruments, and we went in there and me and her started playing. She was on the banjo and I was on the guitar. And because of us playing, one of our sound guys (Jeff) is a really good drummer, so he came in and all of the crew – a lot of us are musicians – we all went in and we had this huge jam fest in the middle of lunch. So that was really fun with me and her, we started this huge jam.”

Catching a Show with Ian Harding:
“Another cool castmate is Ian Harding. I’m really close with him. We’ll go out and we’ll hang with our girlfriends. We’ll go to the museum. We try and culture ourselves with fashion. My girlfriend does fashion shows, she’s a print and runway model. So we’ll go to her shows together. And that’s always fun.”

Discovering the positive with Shay Mitchell:
“Every time I hang out with Shay, I always feel so much more positive about everything. She’s just like this bright light. And she really helps me discover positive things… and she has this really Zen attitude. It’s just so fulfilling to even hang out with her for even five minutes.”

Laughing with Lucy Hale and Ashley Benson:
“I really, really enjoy hanging out with Ashley. Every time I’ve hung out with her, she can make me laugh harder than anybody. Her and Lucy are like the two comedians in my opinion on set. They make me laugh so hard…I don’t really hang out with Lucy and Ashley as much, because we don’t have as many scenes together but hopefully in the future, they’ll intertwine us, you know, hanging out more on screen, so that’ll prompt us hanging out off screen.”

‘Family Time’ with Tammin Sursok:
“I’m like, ‘Hey, what’s up sis?’ And she calls me bro. She’s an amazing singer-songwriter. And she’ll come in sometimes and we’ll like hang out in our dressing rooms and play music. She’s so cool and fun. She likes to poke fun at me and she’s like my big sister on set, for sure.”

“Everybody on set is so cool,” Allen said. “It is a really great cast.”