By Michael Aaron Gallagher of StayFamous.Net 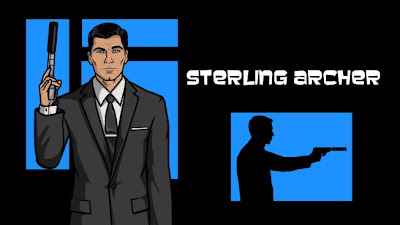 ‘ is certainly raising eyebrows for its edgy comedy and outrageous plotlines. But perhaps the funniest part of the show is its main character, Sterling Archer (voiced by actor H. Jon Benjamin) – an international spy who is as charming as he is clueless.

When I recently asked Benjamin why he took on the role, he replied, “Because I was asked. It was pretty straight forward. Look, I’m not too picky. No, I didn’t know Adam Reed really that well. I’ve worked on, obviously, on some cartoons, which he knew me for. He called me out of the blue and asked me to do it and I said yes.”

So did he have a chance to read the script or find out about the character before he accepted the role? “No, as a matter of fact, I think I was visiting my parents in Arizona and [Adam] called me, I can’t remember how close it was to recording it. But I know I was in Arizona, went to some studio there and knew nothing about the show prior. So I think I just went in to this—it was in the back of this guy’s house or something. He had a makeshift studio. So it felt dirty, but I don’t think I read the script prior, didn’t get it. I just happen to be visiting my parents and it all happened, so I just went in and read and it worked out well for them, not for my parents.”

In a recent interview, actress Aisha Tyler (who plays Lana) told me that she would love to see the series made into a feature film someday, what she called a 3D “twisted… upside-down, crazy, booze-addled Bond super-epic.”

So I posed the question to Sterling Archer himself. How does he feel about bringing the story to the big screen?

“If it’s a very small budget, yes, let’s do it. Like an animated feature or like a live action feature?” Benjamin asked, “Yes, of course, I guess. Are you in on it?”

As the show wrapped up a successful first season, talk of an “ARCHER

” movie may be a little bit premature, but then again… if there’s anyone who could bring a 3D television event, animated movie or live-action feature to the masses, the suave, sophisticated superspy known as Sterling Archer may just be that man.

“ARCHER” season one on DVD.