There are a lot of pop/rock groups out there, and after a while it can be difficult to separate one band from another. When I sit down to review a new album, I always listen to it on the same stereo system, with the volume at Level 4. If a band passes the test, and gets a review on Stay Famous, it’s usually because somewhere during the process of listening to the record, the volume continues to creep up and I find myself hitting the repeat button to hear a particular track for a second time. 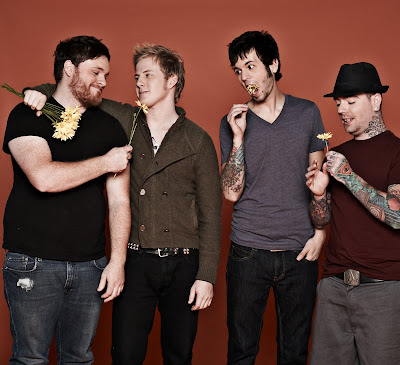 On May 12, the band Crisis in Hollywood will release “Safe and Sound” their sophomore album on Financial Records. What impresses me most about the new album is that it has the energetic tempo of many other top bands, along with original ballads that appeal to a broader listening audience.

The track “Don’t Overact” immediately reminded me what I love and miss about the classic Third Eye Blind self-titled debut. The song “Something’s Changed in Me” is also a nice, radio-friendly ballad.