We the Kings return to rock Syracuse

We the Kings return to rock Syracuse
By Michael Aaron Gallagher of StayFamous.Net

“We the Kings delivers a fun, personal show with high energy and great rock and roll.” – StayFamous.Net 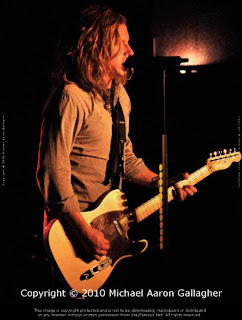 On May 7, We the Kings headlined a low-profile concert in Central New York. The tour, which also featured Cartel, The Maine, Stereo Skyline and Artist vs. Poet, made its final stop in Syracuse, NY, in front of an enthusiastic crowd of young people at the Lost Horizon.

Although it wasn’t a highly publicized event, the bands took advantage of the intimate atmosphere of the venue to interact with fans and to sign autographs after their sets.

From the carefree stage presence of Stereo Skyline to the polished sound of Cartel, the show was a hit with audience members, some of whom enjoyed crowd surfing and dancing throughout the evening.

Despite the hot temperature in the building, the bands performed with energy and passion, leaving it all on the stage. At the conclusion of the show, many of the band members demonstrated their “hardcore” dance skills in an amusing display of awkwardness that entertained the crowd.

But make no mistake, the music was anything but awkward. Cartel performed solidly both instrumentally and vocally and We the Kings simply rocked. With hits like “Secret Valentine

,” they had no trouble getting the crowd to join their “friendly gang,” and throwing up their trademark “W” hand sign.

When the band performed their emotionally-driven hit song, “We’ll be a Dream,” the only thing missing was Demi Lovato herself. We the Kings gave an impressive performance on stage that was both fun and enjoyable to watch.

On June 7, We the Kings is scheduled to return to Syracuse, NY to play a free concert for the 93Q Summer Jam on the Island. For more information visit http://www.93q.com/.