The world premiere of Universal Pictures’ “The Express: The Ernie Davis Story” at the historic Landmark Theater in Syracuse, New York was a star-studded event, complete with vintage automobiles, college cheerleaders, a marching band, and a live, on-stage performance by 1950’s singing group, The Coasters. 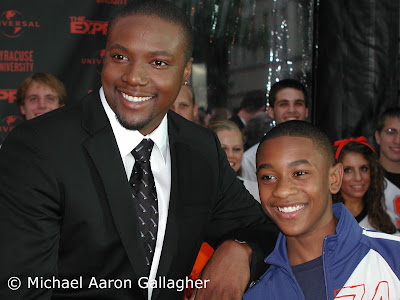 From the director of “Runaway Jury,” Gary Fleder, “The Express,” starring Dennis Quaid (“The Rookie”) and Rob Brown (“Finding Forester”), explores the life of Syracuse University #44 star running back Ernie Davis, who became the first African American to win the Heisman trophy.

The movie, which is based on the biography, “Ernie Davis, The Elmira Express: The Story of a Heisman Trophy Winner” by Robert C. Gallagher, takes audiences on a journey back in time, to explore the challenges and triumphs that ultimately made Davis a legend both on and off the field. For many former SU players, the motion picture was an important tribute to the Davis legacy. 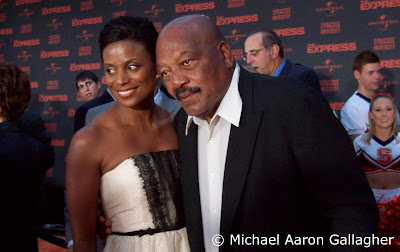 “This is a great film,” said Jim Brown, who is portrayed by actor Darrin Dewitt Henson in the movie, “It is a timely film. It is a film about human beings. It’s a film about struggle, and a time of struggle in this country…. and when you finish seeing this film, it brings you to another stage of understanding why America is a great country.” 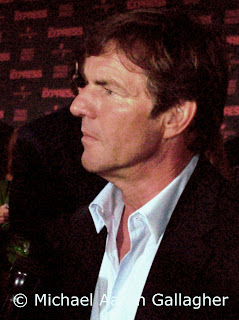 Before the premiere, he spoke at a press conference on the Syracuse University Quad, about his role in the project. “When I read the script,” Quaid said, “I was so inspired by it, that, that’s the reason I wanted to do it.”

“What the film turns out to be in the end,” he said, pausing thoughtfully, “it’s a film about grace, and it’s about facing all the difficult challenges that we all go through in life with grace. It’s a difficult thing to do, but Ernie Davis embodied that.”