It’s that time of year again! The Syracuse International Film Festival is about to begin. It officially kicks off on April 25th, and will include guests like actor Stephen Baldwin (currently on Celebrity Apprentice). He will be premiering his film “The Flyboys” at the Palace Theatre on April 25 at 7:00 PM.

Stephen Baldwin in The Flyboys 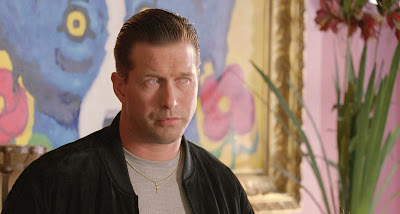 (Photo Courtesy of The Syracuse Film Festival)
Last year I had the opportunity to attend the “New Technologies in Animation Forum” at the Syracuse International Film Festival. The free event included guest speakers like writer, director, and executive producer Chris Wedge (Robots, Ice Age, Horton Hears a Who!).

The panel of guest presenters (all originally from the Syracuse area) showed clips from several computer generated (CG) feature films, including Cars (Pixar), Ice Age (Blue Sky Studios), and Robots (Blue Sky Studios). They discussed the process of making animated movies, the layering of sound and animation, and the future for the medium.

The event was just one of many in a series of movie premieres and short film screenings in Syracuse, New York. This year, they will once again provide a variety of independent films and documentaries from around the world.

If you happen to be in the New York area between April 25-May 4, be sure to get your tickets to attend the festival. For more information on the event, please visit: http://www.syrfilm.com/.

Photo: Stephen Baldwin in The Flyboys (Courtesy of The Syracuse Film Festival)
To request permission to use excerpts from this blog or to quote on television or in print, please email publicity@manhattanpublicrelations.org.

« The Biosphere 2 Center: Arizona’s Tourist Gem » Naming a Restroom After Yourself