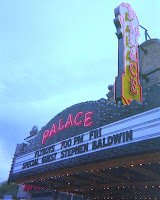 If there’s one thing that can bring out a crowd, it’s a good movie and some famous faces. The opening night celebration for the 2008 Syracuse International Film Festival was a tremendous success, as a sold-out audience filled the Palace Theater to watch “The Flyboys,” directed by Rocco DeVilliers and starring actors Stephen Baldwin and Tom Sizemore.

The night began with live instrumental music and special entertainment. Among the featured guests for the evening was actor Stephen Baldwin and writer/director Rocco DeVilliers, both of whom answered questions and signed autographs after the screening of their movie.

This year marked the fifth anniversary of the film festival, which brings together writers, directors, producers, and movie enthusiasts from all over the world in a 10-day long event that features dozens of films. 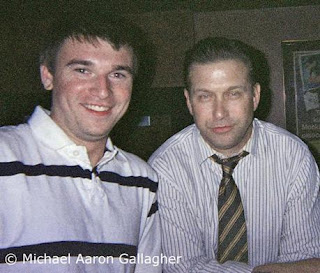 What makes the festival such a unique and exciting experience is the diversity of films, the collaboration with area colleges and universities, and the true passion for filmmaking that so many of the event’s organizers, sponsors, and participants share.

To request permission to use excerpts from “Stay Famous by Michael Aaron Gallagher” or to quote the blog on television or in print please contact Manhattan Public Relations.