5 Australian Actresses You Should Know

“Five Australian Actresses You Should Know”
By Michael Aaron Gallagher

Through the years, Hollywood has witnessed the extraordinary contribution of several gifted Australian actors and actresses, many of whom have gone beyond being A-List celebrities, to leave a lasting cinematic legacy, earning the adoration of fans worldwide. Some of the most beloved Australian movie stars include, Russel Crow, Hugh Jackman, Health Ledger, Naomi Watts and Nicole Kidman.

The following is a list of five Australian actresses, who have proven they deserve special recognition, not only for their extraordinary beauty, but also for their ability to charm audiences and deliver engaging on-screen performances:

1. Yvonne Strahovski – Best known for her role as the lovely Sarah Walker on NBC’s “Chuck

,” Yvonne Strahovski proves that she can play everything from a dramatic role to an enthusiastic action star, all while displaying the charm and winning smile of the girl next door. Originally from Sydney, Australia look for her in the upcoming thriller “The Canyon

2. Gemma Ward – There are not many models whose work would be so compelling to me that I would take out a piece of paper and write a letter to the editors at Vogue praising her. But when I first saw Gemma Ward in the pages of the magazine a few years ago, I knew she was a superstar with boundless potential in the modeling industry. Since that time, as one of fashion’s “It Girls,” she has gone on to do memorable advertising campaigns for Versace, Burberry, Gucci, Chanel, Valentino, Dolce & Gabbana, Hermès, and Louis Vuitton. In addition to her print work and runway modeling, Gemma, who is from Perth, Australia is also a talented actress, who recently starred in the film “The Black Balloon

Gemma Ward stars in “The Strangers.” 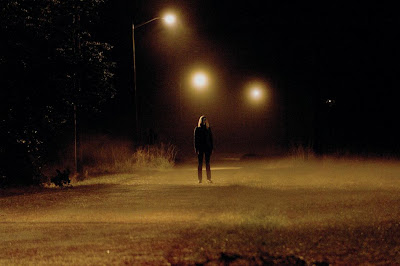 Photo Credit: Glenn Watson/Rogue Pictures
© 2008 Rogue Pictures. All Rights Reserved.
3. Teresa Palmer – Every so often an actress delivers a spell-binding performance that transcends the screenplay. Born in Adelaide, Australia, Teresa Palmer gave an unforgettable portrayal of her character in “Restraint

.” Not only did she prove she can be a strong leading actress, but she also left audiences wanting more.
Teresa Palmer stars in “Kids in America.” 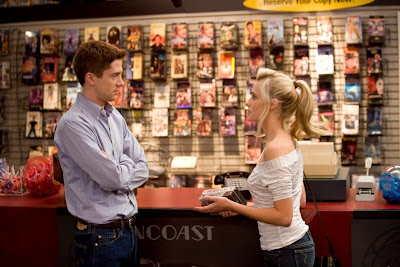 Photo Credit: Ron Batzdorff
Copyright: © 2007 Universal Studios. ALL RIGHTS RESERVED.
4. Rachael Taylor – With a growing list of Hollywood films under her belt, Rachael Taylor (from Launceston, Australia) is becoming a movie-star with fans all over the world. In 2008, she starred opposite Joshua Jackson in the intriguing remake of a Japanese horror film, called “Shutter.” She has also starred in “Transformers

” alum, Isabel Lucas isn’t just another Hollywood beauty. In addition to her roles in “Daybreakers

” (2008) and the upcoming blockbuster “Transformers: Revenge of the Fallen

” (2009), she is also committed to making a difference in the world. From protesting whaling in Japan with Hero’s star Hayden Panettiere, to being an ambassador for breast cancer research, Oxfam, and several other causes, she is doing her part to make the world a better place.

If their past performance is any indicator of their future success, look for Yvonne Strahovski, Gemma Ward, Teresa Palmer, Rachael Taylor, and Isabel Lucas to continue to mesmerize audiences everywhere. From their gorgeous good looks, to their charismatic personalities, all five actresses have only just begun to take Hollywood by storm.