Tom Jordan wants to make a splash in the U.S. (Exclusive Interview)

Tom Jordan wants to make a splash in the U.S.
Exclusive Interview by Michael Aaron Gallagher

The United States may just be the perfect place for Australian singer-songwriter Tom Jordan to make a splash. After all, he’s already made an appearance on the Australian version of the Disney Channel’s “As the Bell Rings,” enjoyed touring gigs across the continent and now it seems he’s ready to expand his fan following here in the U.S.

I recently asked Tom about his upcoming album and what he’s been up to lately. From the Australian music scene to talk of the Jonas Brothers, he shares some of his biggest aspirations for the coming year.

Michael Aaron Gallagher: “For people who haven’t heard of you before, how would you describe your style and who are some of your musical influences?”

Tom Jordan: “My music style comes from a bunch of different influences, because I listen to so much music, but I’ve always been a big fan of John Mayer and people often recognize his influence in my music, the same with Jason Mraz and Australian band Thirsty Merc, but I also like to think there’s a lot of originality there too.”

Michael Aaron Gallagher: “Tell me a little bit about your latest album. Did you write all of the songs?”

Tom Jordan: “My debut album was released in March 2010, my record label was so supportive and let me choose my own direction for the album which can be rare for a debut artist. I co-wrote a bunch of the songs on the album. There are also a few covers of some of my favorite songs which was a really awesome thing to be able to do!”

“For my upcoming album, I am writing every song on it, including collaborating with other songwriters. I have been lucky enough to collaborate with people like Charlie Midnight (James Brown, Hilary Duff, Billy Joel), Luke Ebbin (Bon Jovi, Plain White T’s), Jim Marr and Wendy Page (Hilary Duff, Jason Reeves), Matt Hales (Aqualung), Andy Stochansky (Shannon Noll, Cassette Kids, Damien Leith) and many others.”

Michael Aaron Gallagher: “Describe the local music scene for me in Australia. Who are some of the Australian artists that you’ve performed with and what kind of music is popular right now?”

Tom Jordan: “The local music scene in Australia is great, there are a lot of really good Aussie artists coming through at the moment! I’ve been lucky enough to work with Australian artist Guy Sebastian a fair bit, I’ve been his support act three times around Australia. The first time when I was 13 and the most recent tour I went on with him was in February 2010 when I was 16. I’ve also done support shows for Australian artists like INXS, Renee Cassar, Ian Moss, Natalie Bassingthwaite, Diesel and a bunch of others.”

“The popular music in Australia is very similar to America, but sometimes the songs take a little bit longer to reach Australia. I remember that when I went to America in October 2010 for a songwriting trip for my upcoming album, the song “Like a G6” was everywhere on the radio in the USA, I was so over hearing it 15 times a day by the time I left, but then when I got home everyone was just discovering that song and then radio picked it up so I had to go through it all again!”

Michael Aaron Gallagher: “I had a chance to watch the music video for the song ‘Someone Somewhere.’ Can you explain the idea behind the video and what it means to you?”

Tom Jordan: “Yeah the music video for ‘Someone Somewhere’ was the first music video I’ve done. The idea behind the video is a blind love story which relates to the lyrics of the song. The story of the song is pretty much that there is always someone who will be there for you, even if you don’t realize it, whether it’s someone you love, a friend or even someone you haven’t met yet. I think everyone can relate to this message because everyone feels this way at some point in their lives. As for the water balloons in the video, there is a line in the chorus that says ‘sometimes bombs fall quietly,’ and the director of the video came up with the idea of the water balloons.”

Michael Aaron Gallagher: “It looks like it was a windy day and there were dark clouds on the horizon. Did the weather impact the filming?”

Tom Jordan: “Yes, the wind was crazy on the day we filmed it, I may look relaxed while playing the song in the video but in between filming I’d have someone run up and cover me with a jumper because it was that cold! However, the weather luckily didn’t impact filming conditions, if anything it added to the atmosphere of the clip which is always good. We shot the video on top of a surf club at Mentone, in Melbourne, Australia.”

Michael Aaron Gallagher: “How did you get the role as Dylan on Australia’s ‘As the Bell Rings?’ Was the acting difficult, or is that something you want to do more of?”

Tom Jordan: “The whole ‘As the Bell Rings’ thing came quite suddenly, my manager organized a meeting with the director and a few other people involved in the show and I pretty much just had to play them a few songs and then read a few lines from a draft script for the new series. The acting was difficult because everything and everyone on the set was so animated and energetic so I had to match that level of energy. It was also overwhelming being on a TV set like that with such experienced people around while it was the first real acting job I’ve ever had! But I learned a lot from the experience and acting is definitely something I’d love to do more of.”

Michael Aaron Gallagher: “Are you interested in being on an American Disney Channel show and if so, which one would you like to guest star on if you could?”

Tom Jordan: “Sure! I think anyone would be crazy to turn down an opportunity like that. I don’t watch Disney all that much anymore, but I think it would be cool to work with the Jonas Brothers, those guys seem like really decent and talented guys.”

Michael Aaron Gallagher: “What have you been up to lately?”

Tom Jordan: “I’m on school holidays at the moment, so I’ve been chilling with friends, constantly songwriting for my next album and gigging as much as I can. I recently went to America to do songwriting with a bunch of such inspirational songwriters/producers. I learned so much from them and got some great songs too, so what more could you ask for! I’ve also been pitched for certain tours as a support act for some international artists on their Australian tours which I’ll hopefully get something out of!”

Michael Aaron Gallagher: “What’s been your most memorable moment as a musician so far?” 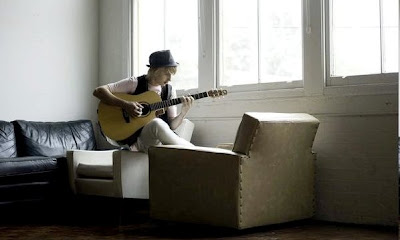 Tom Jordan: “I’ve been so lucky so far, I’ve been able to work with some of the most amazing people and I’m surrounded by a great team of people who are there for me every step of the way. It’s so hard to narrow it down to one specific moment but I’d say probably my most recent songwriting trip to the USA is right up there, I know that’s technically a whole bunch of moments but it’s so hard to pick just one!”

Tom Jordan: “Hopefully spend more time in the USA, songwriting constantly, gigging as much as I can and hopefully play some big shows! Then eventually record my next album when we get the ‘perfect’ bunch of songs. I also have to juggle all of this with school so as long as I stay organized I should be sweet.”

To learn more about Tom Jordan’s music visit http://itunes.apple.com/au/artist/tom-jordan/id262495195 or his YouTube channel where he posts songs and live performances http://www.youtube.com/user/tomjordanmusic.

“Tom Jordan wants to make a splash in the U.S.”
Copyright © 2011 by Michael Aaron Gallagher – All rights reserved.
Photographs courtesy of MLC PR