"Nature: Silence of the Bees" is a Riveting TV Documentary

“Nature: Silence of the Bees” is a Riveting TV Documentary
by Michael Aaron Gallagher

Not since “An Inconvenient Truth” (2006) and scientific evidence of global warming, has there been such a powerful and clearly identifiable environmental crisis facing humanity.
Whitney Johnson – © EBC 2007 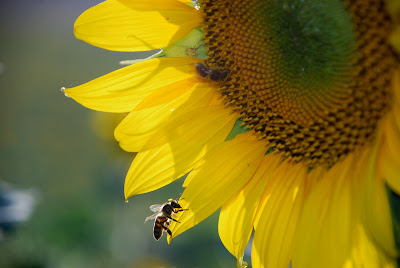 Bee on sunflower, Southern France
“Nature: Silence of the Bees,” narrated by F. Murray Abraham can only be classified as one of the most compelling and thought-provoking documentaries to air on television this year, addressing an issue that threatens the health, security, and long-term economic stability of our food supply.

For those of you who may have slept through biology class, honeybees provide an enormous economic contribution each year (estimated at around $15 Billion). They provide us with honey (which is used in countless foods, including Häagen-Dazs ice cream) as well as wax (used in cosmetics). But most importantly, honeybees pollinate plants. According to the PBS documentary, around 70% of all our agriculture, including fruit, nut, and berry crops, 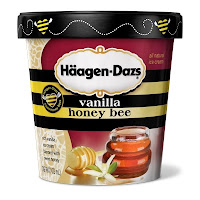 are pollinated by honeybees. And when you take away the pollinators, you lose the agricultural yield.

Over the past couple of years, approximately 1/3 of all honeybees in the United States vanished, without any clear explanation. Scientists have described this alarming phenomenon as CCD or “colony collapse disorder.” All over the world, beekeepers, scientists and government researchers are scrambling to identify the cause, which is likely a combination of pesticide use, the global demand for enhanced crop yields, exposure to parasites, fungi, viruses, and bacteria, all of which may be suppressing their immune systems and making them susceptible to a mysterious death.

So what can you do to help?

Stop using pesticides on your lawns and gardens, preserve beehives and other pollinators in the wild, and support agricultural research. For more information on the documentary and for other ways you can help, visit PBS.org and http://www.helpthehoneybees.com/.

“‘Nature: Silence of the Bees’ is a Riveting TV Documentary”