As the fourth season of the critically acclaimed television series “Sons of Anarchy” heats up, stars Kristen Renton (who plays Ima) and Winter Ave Zoli (who plays Lyla) recently talked to StayFamous.Net about their roles on the hit biker drama airing Tuesday nights on FX.

Michael Aaron Gallagher: “How do you feel you’ve grown as actresses since you started the show? And has being on the show influenced you personally at all, have you adopted any of the wardrobe or become more in tune with the biker culture or gotten any tattoos?

Kristen Renton: “I feel like any time you as an actor can be surrounded by other amazing actors you can’t do anything but grow. There’s a phenomenal cast that we get to work with every time we go to work, and just to be in the presence of these people and watching them do their work, Katey Sagal, Ron Perlman, Kim Coates, all of them are just phenomenal actors. I just sit and I’ll watch them and you just absorb, at least I do, just the wealth of knowledge that they share with you. So I definitely feel as an actor I’ve grown since being on the show and different situations that my character, ‘Ima,’ has found herself in, sometimes it really makes you think and you walk away going, holy crap, what did I just do? But it’s given me a strength and a lot of determination to continue in the business that I’m in. And as I said earlier, what doesn’t kill you makes you stronger and shooting this show and dealing with these situations and different people has definitely made me a stronger person.” 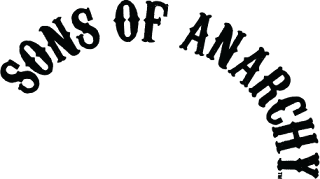 “With regards to the bike culture, I’ve grown up around bikes, so if anything it’s just reaffirmed how much I love them. I actually got my motorcycle license in February, it was something I’d always wanted to do and now I have an excuse. I’m still learning. I don’t have a bike yet. But that’s a goal of mine. Tattoos, yes, I’ve got 14, so I had several of those before I started, and I think my  newest one I got knowing that Kurt wouldn’t be upset with me, so there you go.”

Winter Ave Zoli: “Yes, it’s true, it’s probably the only show where you can get a tattoo and it’s no problem.”

Winter Ave Zoli:“I have to agree with what Kristen said, just being on the set and watching Charlie work and watching Katie work and Ron and everybody is very inspiring and you do learn a lot when you see their process and how they work with the directors and how they go about making the scene as realistic and real for them as possible. I definitely feel like obviously I’ve grown and just being able to play this kind of character, it makes you learn a lot about the world that they’re from, and that influences you for sure.”

“As far as the bike culture, I’ve never paid attention to it much and I have to say I’m definitely more fond and intrigued by it.  Every time I hear a bike my heart beats a little faster and I’m definitely more in tune with what kind of bikes are out there.  I have no tattoos and, as Kristen knows, I’ve been planning on possibly getting one for about three years and I can’t make the decision to go ahead and do it.”

Michael Aaron Gallagher: “What do you like most about this season both in the storyline and in your characters in particular?”

Winter Ave Zoli: “What I like a lot about this season is that it’s dealing more on a personal level with all of the characters and delving into relationships and the history of the relationships and the past of the club, and a lot of things come to a head. So it reveals a lot of information this season about the characters and the club. About my character in particular, I like that things are coming to a head for her and ‘Opie’ and it’s showing more of ‘Lyla’s’ character in this season and situations come up that force her and ‘Opie’ to deal with the things in their life.”

Kristen Renton:“This season is a very relationship driven season and being able to look back into the past of how the club started and where everybody came from and the different relationships and dynamics that come into play with the history of the club, where everybody is now, even seeing the relationship between ‘Gemma’ and ‘Clay’ start to, I don’t want to say deteriorate, but start to be really tested and all the lying and deceit, I think is a very interesting, juicy creative path that they’re going down. For my character in particular, I just like that she just doesn’t give up. She’s coming back and she won’t take no for an answer and she’s – I think – gone a little over to the dark side. She’s now carrying a gun and she’s gone a little batty. But she’s determined and you’ve got to appreciate a girl with determination for sure.”

To request permission to use excerpts from “Stay Famous by Michael Aaron Gallagher” or to quote StayFamous.Net on television or in print please contact StayFamous.Net.