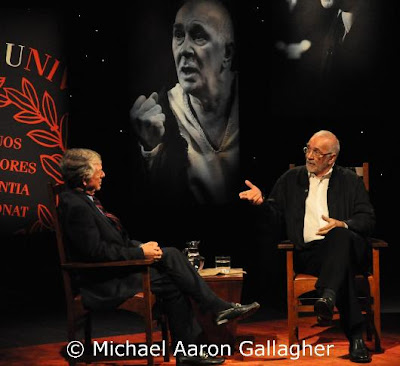 When asked how he prepares for an interview, Koppel, who is currently a senior analyst for BBC World News America and National Public Radio (NPR), shuttered to admit that he doesn’t make any special preparations.

“I do the research,” said Koppel, who has won 42 Emmy awards for his work in broadcast journalism, “but I don’t prepare questions.”

In front of a sold-out audience, the two discussed Langella’s notable career both on stage and screen. His recent portrayal of President Richard Nixon in the Ron Howard film “Frost/Nixon” (2008), garnered an Academy award nomination for “Best Performance by an Actor in a Leading Role.” 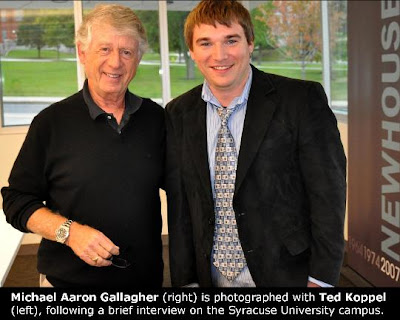 Between reminiscing stories of their days spent at Syracuse University and their memories of legendary running back Jim Brown, to Langella’s lighthearted ribbing of Koppel’s attempt to imitate President Nixon and do impressions of old Hollywood celebrities, the two conversed with unrehearsed ease.

“He’s a distinguished graduate of the university,” said Koppel, “and a great, great actor.”