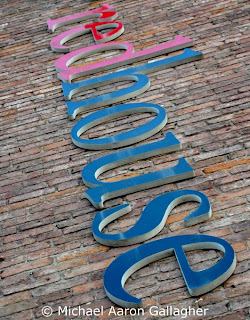 The City of Syracuse recently hosted the 10th Annual B-Movie Film Festival from Nov. 6 to 8 at The Redhouse and The Gear Factory, two Westside art venues.

As a growing player in the motion picture industry, Central New York has a rich cinema tradition and a thriving independent film culture that is attracting attention from around the world.

Local production companies, filmmakers and actors throughout the region are beginning to unite in their efforts to promote area talent year ‘round, combining their resources through fledgling organizations like the Salt City Actors Group, the Syracuse Film Office and the Syracuse International Film Festival.

Another Syracuse production that drew a crowd was the hilarious mafia comedy by writer Jason L. Lyons, which took four years to film and had a production budget under $10,000, entitled “Monkeys Wear Cement Shoes.” 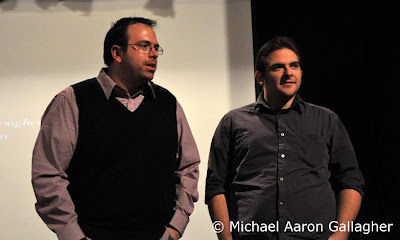 Following the screening of “Monkeys Wear Cement Shoes,” the filmmakers discussed the movie and answered questions from the audience.
But local films were just some of this year’s special offerings. The final schedule of nearly 20 short and feature-length motion pictures played throughout the three-day event. From the Quentin Tarantino-style film “Ballad of Angel Face,” which was reminiscent of “Kill Bill: Vol. 2” to the outrageously oppressive Appalachian comedy “The Hills Have Thighs,” more than 200 low-budget, indie films were submitted, according to the festival’s director.

Also among this year’s attendees was director Kiff Scholl and the brilliantly comical actress Kelsey Wedeen, who starred in “Scream of the Bikini” (a very funny 1960’s style film about two crime-fighting supermodels that had relatively nothing to do with a scream or a bikini).

In celebration of the festival’s 10th year, all the movie showings were free (with the exception of tickets for the premiere of “Ms. Cannibal Holocaust”). In addition to the screenings, merchandise including movie posters, DVDs and T-shirts were also available.

For details on how to submit a film for consideration to the 2010 B-Movie Film Festival or for ticket and schedule information, visit: http://www.bmoviefest.com/.