What do Overture Films’ “Sleepwalking,” 20th Century Fox’s “Jumper,” Warner Bros. Pictures’ “The Reaping,” and Walt Disney’s “Bridge to Terabithia” have in common? They all feature an outstanding up-and-coming young actress named AnnaSophia Robb, a girl who is quickly making a name for herself in Hollywood. 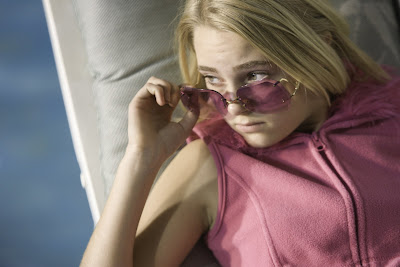 AnnaSophia Robb in “Sleepwalking” (Overture Films)
Originally from Colorado, AnnaSophia got her first big break in the children’s movie, “Because of Winn Dixie.” She later went on to star in “Charlie and the Chocolate Factory,” before making the jump to major feature films, working opposite some of Hollywood’s biggest stars, including Charlize Theron and Hillary Swank.

Unlike many of her peers, AnnaSophia is actively involved in charity work around the globe, promoting humanitarian causes close to her heart. From raising money for refugees in Darfur, to bringing attention to the plight of the Dalits in India, she is not only making a difference herself, but she is also encouraging others to take action as well.

To learn more, visit her web site at http://www.annasophiarobb.com/. Also look for her in the new Walt Disney movie “Race to Witch Mountain,” scheduled for release in 2009.