A conversation with Peter Tolan and Callie Thorne of ‘Rescue Me’

“A conversation with Peter Tolan and Callie Thorne”
Story by Michael Aaron Gallagher of StayFamous.Net 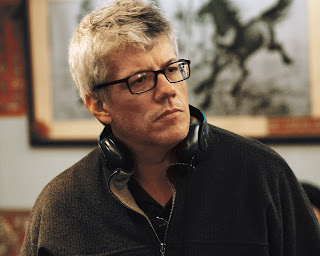 As the television series “Rescue Me

,” starring Denis Leary, begins its final two season run on FX, I recently had the opportunity to speak to executive producer Peter Tolan (“Analyze This

“) and actress Callie Thorne (“Homicide: Life on the Street

“) about filming in New York City and what their experience was like working on the show. Here’s what they had to say.

Michael Aaron Gallagher: “The city is such an important character in ‘Rescue Me

.’ Talk about how it impacts the filming process and what you think New York adds to the overall tone and character of the series.”

Peter Tolan: “Well, way back at the beginning we were asked if we would shoot the show in Toronto. We said no.”

Callie Thorne: “I didn’t know that.”

Peter Tolan: “Yeah. That was the only thing, really, that the Network was saying to us was would we do that. We said no, because we recognized even before we started that we wanted the city to be that other bigger character. So, I mean, there’s so much you get from it. There are problems, but they are sort of minor in terms of dealing with the city and whatever else. But, it’s so authentic.”

“If you’re doing a show that’s supposedly about real people and real emotion, problems, and family and all that, you can’t put it on a fake stage. You can’t pretend you’re someplace else. There’s an authenticity to actually shooting in the city that can’t be replicated. That’s always helped us. It’s always been a big part of the show. So, that has always been important.”

Michael Aaron Gallagher: “If you could sum up your journey working on the series, how would you describe your experience?” 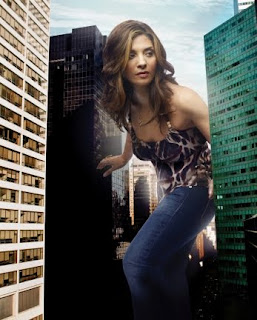 Callie Thorne: “The journey certainly is different from everything else I worked on because, in terms of having this amount of time to explore and sort of live through a real lifetime of a character is daunting, it’s awesome, and it’s fun, but you do a play or you do a guest spot on another show, or sometimes even when you do a movie, you’re doing kind of like a glimpse of a day in the life of somebody. So, being able to really live a lot of Shelia is something that I’m never going to forget, and the fact that Peter, Denis, and Evan, as they did the whole case, they really treated us like peers instead of employees.”

“They were very much interested when we had ideas about our characters or when we felt something felt a little hanky or we felt something might make more sense if Shelia behaved this way. They were always listening. They were always ready to try something new, so that is actually another thing I’m very grateful for in terms of having spent all this time with these people because, again, that’s really rare. It’s not often that you’re asked your opinion. And not only are you asked your opinion, but it can show through in the scene work. So, I attribute all my favorite things about Shelia in all these years to really how Denis, Peter, and Evan led us through the story telling.”